DMDD is a disorder diagnosed in children and adolescents.

Some common signs and symptoms of DMDD include:

The behavioral outbursts tend to be a more significant reaction than the situation may seem to dictate to others. They may include just verbal outbursts or may have physical aggression toward people or property and/or objects. Parents and others involved often feel that they are “walking on eggshells” around the youth with DMDD. The children and adolescents themselves often feel out of control, sometimes can’t remember what occurred during outbursts, and afterward may feel very tired or apologetic. Sometimes kids can “keep it together” for school or relatives, but then fall apart as soon as they are home.

If you believe your child has DMDD, treatment includes therapy and medication. Therapy modalities can include Cognitive Behavioral Therapy (CBT) to teach youth how to manage thoughts and feelings, Dialectical Behavior Therapy (DBT) which targets emotional dysregulation, and a mixed approach to teach the skills of recognizing triggers and coping with difficult situations. It can vary widely based on the age and cognitive levels of the child or adolescent in question.

In a younger child, we might work on identifying triggers to outbursts, warning signs in the body that tell them they are about to lose control and coping tools to use at those times. We would work to help them assess where they are emotionally throughout the day to help manage their levels of frustration.

For teenagers, we might do similar things, but we would also work on helping them to understand how their thoughts impact their feelings and behaviors. Negative thought patterns can definitely keep kids stuck. In young and older children, though, working to motivate them to make the changes is a big task.

Parent education is helpful to increase the understanding of how to approach a child with DMDD. Often directly confronting an escalated child can lead to worse behaviors. Encouraging them to practice and use coping or relaxation tools during the week when they aren’t in therapy is something that parents can do to support the process. Practicing these when they aren’t upset helps youth build up the muscle memory of being calm and relaxed, which makes it one step easier to manage strong emotions.

Taking care of yourself is important for parents as it can be extremely stressful to cope with the continuous chaos that DMDD can seem to bring with it. There are numerous parent support groups online for people whose children suffer from DMDD. Maintaining the safety of your child and others around them is always most important.

Medication can help the young person dealing with DMDD to feel calmer and more in control. Currently, there are no medications approved by the FDA specifically for treating DMDD. However, there are medications that may be prescribed to help with the symptoms of DMDD such as irritability and impulsivity. Therapy along with medication may be more effective than either treatment alone. Stephanie is a child and adolescent therapist in Georgetown and West Lake Hills. 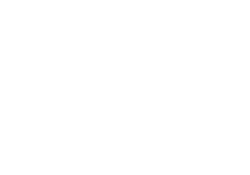